1. Downloading and importing the file

3.4 Assign the scenario to the space

1. Downloading and importing the file

To start using ChatMapper, the Scenario Template can be downloaded. It is recommended to use this file to start a new project, especially in the case of ChatMapper beginners, as it comes with Actors, custom fields, and conversations already set up. 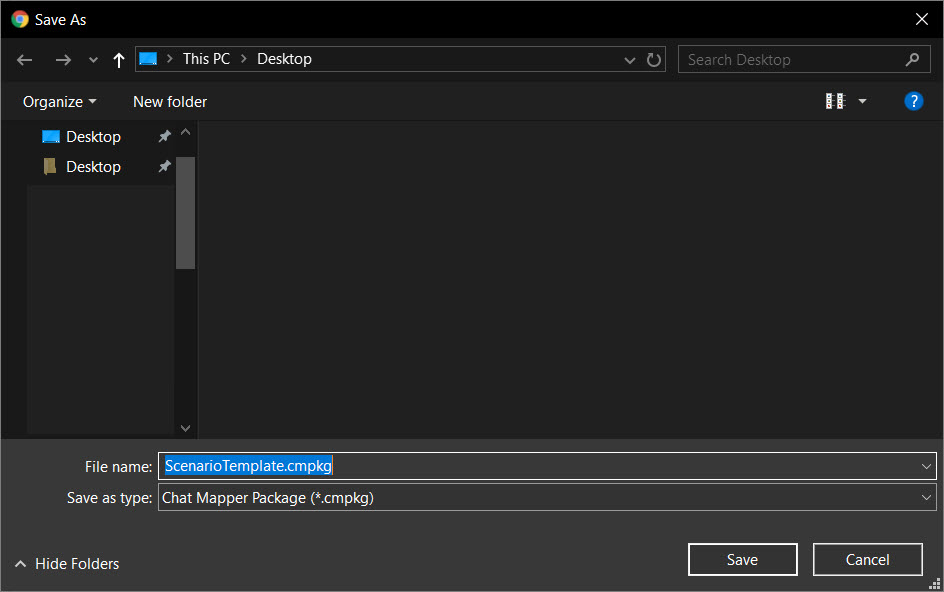 Note that ChatMapper is a Windows-only tool – if you are using macOS or a Linux distribution, you will need to run it in a Windows VM (such as Parallels on macOS, or Wine on Linux). This guide assumes you are using Windows.

Open the file after downloading – ChatMapper will import it, and will ask to open the project. Click Yes. 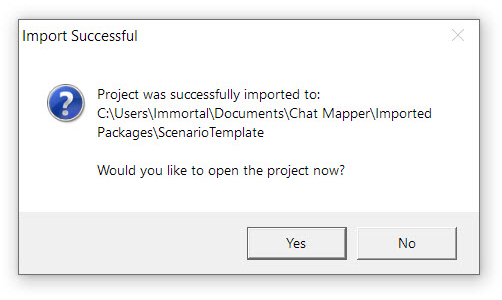 If you have already imported the project in the past, ChatMapper will ask to overwrite the existing import first. In that case, click Yes, and then open the project when asked. 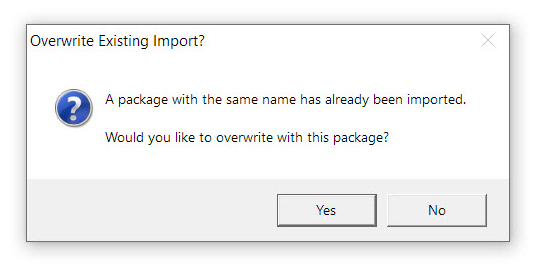 By default, the project will be saved in the following folder:

A detailed guide on ChatMapper can be found at the LearnBrite Academy.

The Template has been set up with Actors and Conversations.

Tok see the details of each actor and modify them, click on their name on the left pane, and their details will be displayed on the Properties pane (on the right by default). 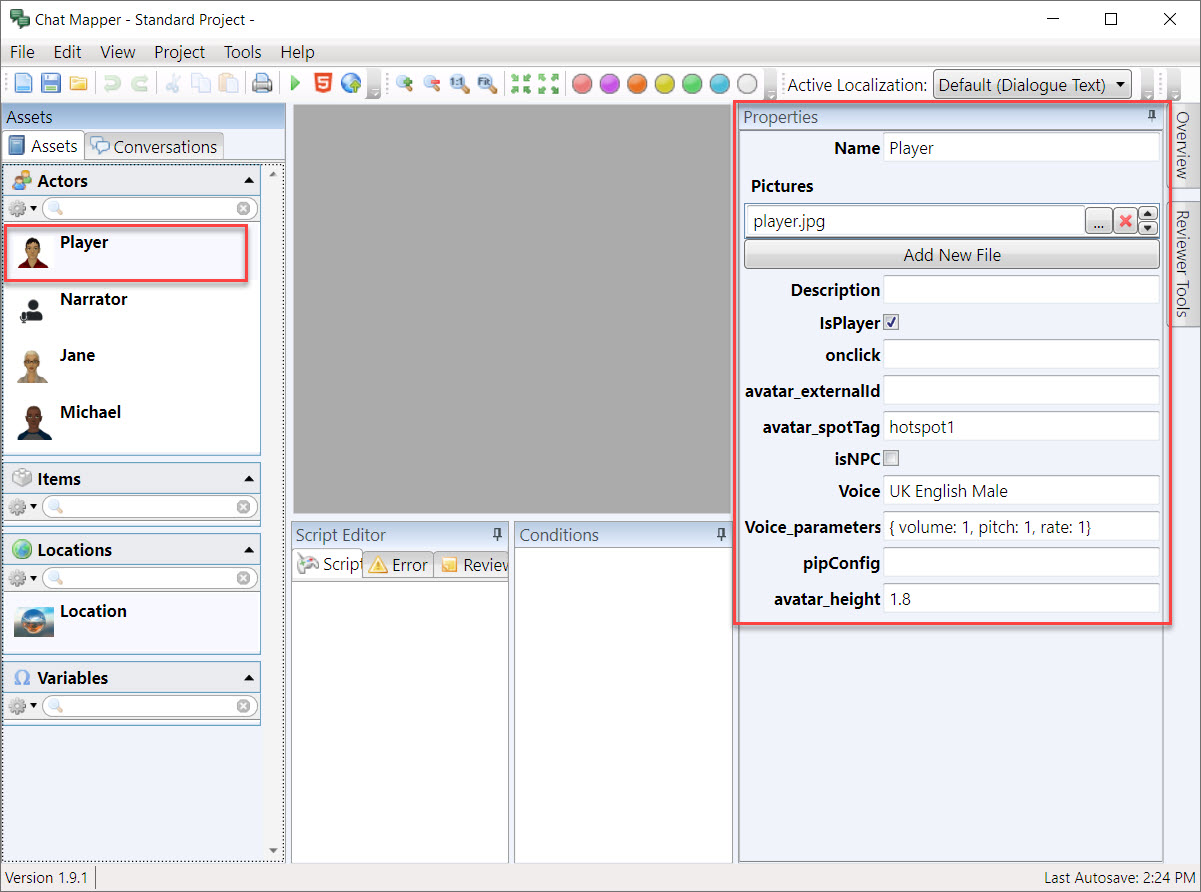 Both Player and Narrator are special actors.

Jane and Michael are normal actors. Taking Jane as an example, here are all her properties and what they do: 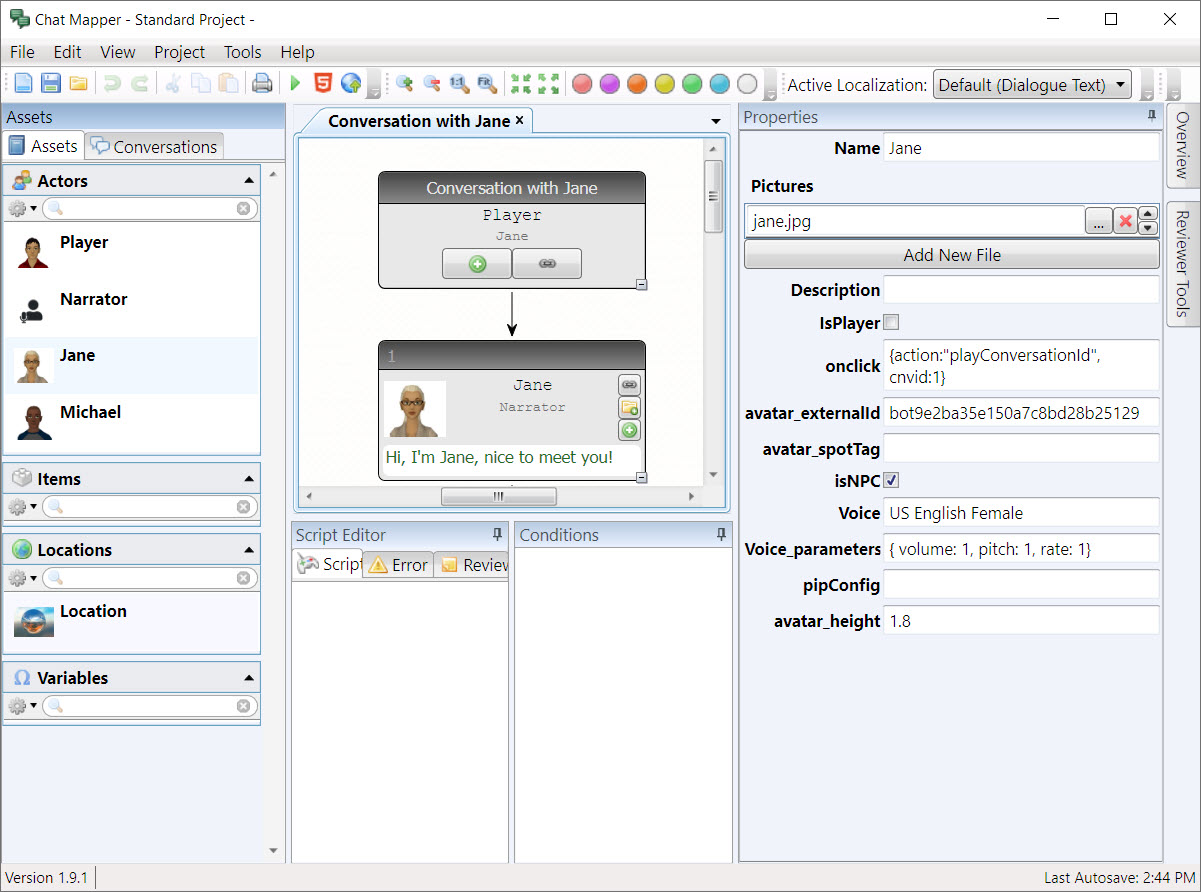 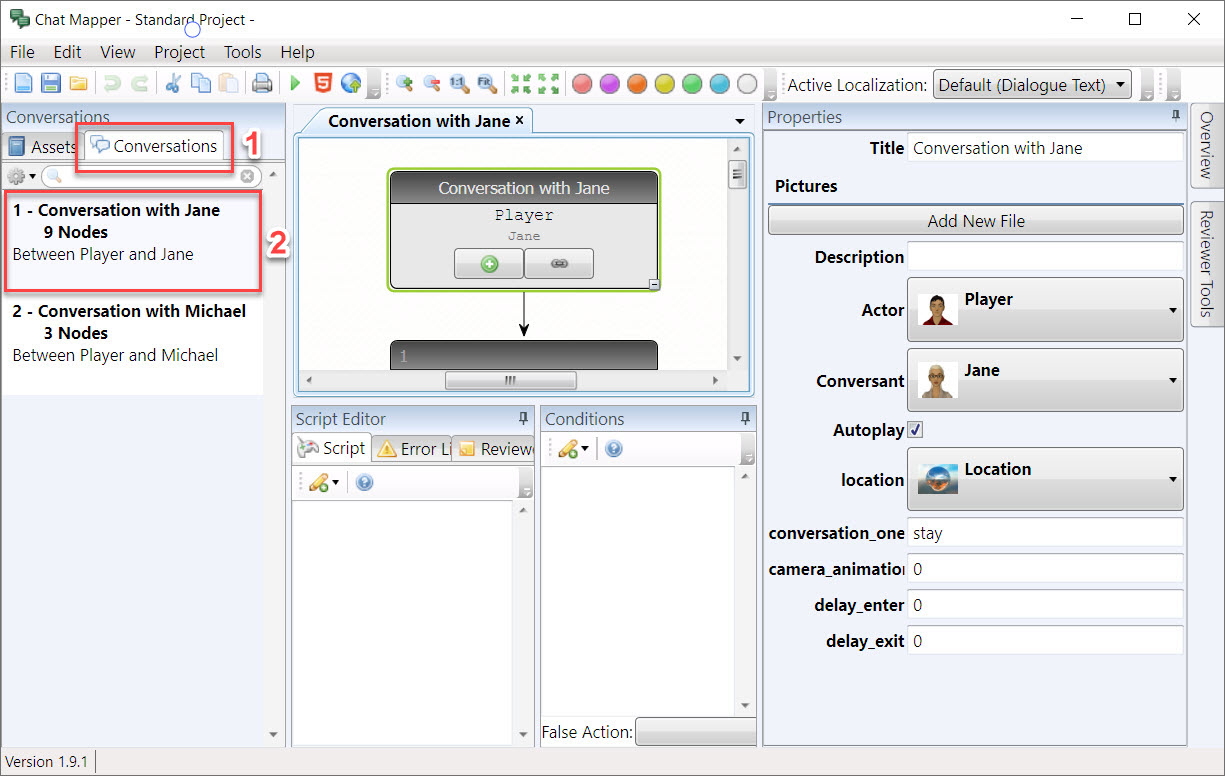 If at any point you either double or single-click on the conversation, its properties will appear in the right pane, in the same way Actor properties do. A couple of different fields are available for conversations out of the box:

The conversation with Jane includes some helpful tips on using ChatMapper, as well as one of the most important interactive elements in dialogue: a choice (highlighted in ChatMapper using red, white and green nodes). All of this can and should be modified as needed.

When opening a conversation, a tree structure is shown, also known as the dialogue tree. Each of these dialogue nodes, when clicked on, also has its own properties.

When the project is ready to be tested, go to File > Export > ChatMapper Package (CMPKG). This will create a package like the original Scenario Template one.

The package can be uploaded directly on the LearnBrite Dashboard > Scenarios page.

On that page, click on Create a new Scenario, fill in the form with a name for your scenario (it will not be visible to users, so it can be named as you prefer) and choose the recently-exported CMPKG file. Click Create to upload the package file and create the scenario.

On the Dashboard page, click on Create a new Space. In the next page you can choose one of the many environments included in the platform, as well as a name for the space (which is visible to users) and whether the space is a Virtual Meeting Room (i.e. if users are in a multi-user session, or in a single-user one). Create the space by clicking on Create Space at the bottom.

3.4 Assign the scenario to the space

In the list of spaces on the Dashboard homepage, click on the three vertical dots on the new space, and select Edit Space

At the bottom of this new page, click on Show advanced settings, and expand the section called Scenario. Then select the scenario you just created from the dropdown, and click Save at the bottom. You’re done! 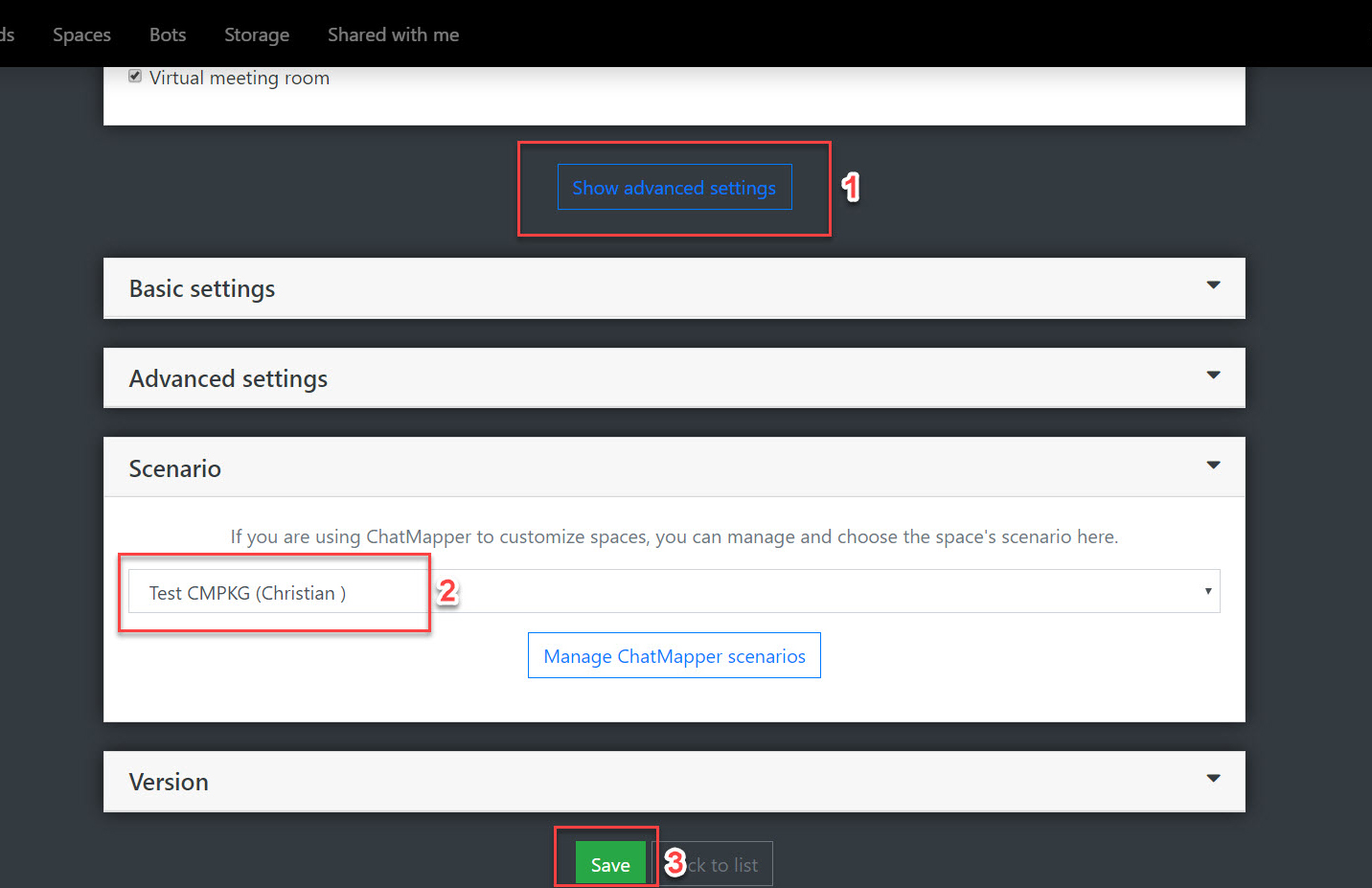 You can now access your space by clicking on it on the Dashboard homepage. Enjoy!